skip to main | skip to sidebar

About a year ago, the government announced a program to encourage the building of more permanent homes—durable enough to last 200 years. The government reckons that increasing the replacement period of the nation’s housing stock from the current 26 years would reduce the amount of construction-related trash the nation disposes annually by about 10m tons. Dubbed the “200-Year Home project, the idea is that homes will be multi-generational dwellings, that can be easily renovated according to family size and age.

The government has said that it will encourage more durable housing by: i) introducing a requirement for all home repairs to be recorded, ii) requiring better quality construction methods, iii) providing tax cuts and interest bank loans, and iv) introducing financial subsidies for housing builders to churn out longer-life homes.

This got me to thinking about why the Japanese insist on tearing down their homes so frequently. While I can see that tax cuts would definitely help improve the situation, I believe there are some other factors that strongly influence homeowners’ decisions to pull down their homes. If these fundamental problems are not addressed, then it is unlikely that the government will be successful in its goal to have people build and live longer in a single
dwelling.

Typically, Japanese homes cost around 30 million - 40 million yen, so the average family is still paying through the nose to build somewhere to live. It is estimated that the major builders (Sekisui, Daiwa, Misawa, etc) are charging about 20% more for their cookie cutter solutions than if a homeowner was to get their own architect and do it themselves. Unfortunately, people feel so unsure about their own abilities in the so-called expert area of homebuilding, that they allow the housing titans to do it all for them. This means that any initiatives to start making houses more durable have to start with these building firms.

In the 200-Year Home project, the government acknowledges that the quality of design and construction needs to be improved, and they estimate that durable houses will only cost 20% more than conventional ones. I doubt this figure very much, unless they are considering the inflated prices charged by the building firms, and most likely their assumption is based on timber houses that will continue to be full of health-affecting cheap synthetic materials.

Instead, I think the starting point should be choosing a building material far more appropriate for permanent homes in Japan—concrete. Unfortunately, concrete costs more than 20% over its timber counterpart.

Why concrete? Well firstly, because the nation has plenty of the raw material and is unlikely to run out any time soon. Secondly, if used properly with in-ground and internal insulation and good thermal design, it is within the experience of existing builders to improve the housing stock. Concrete can significantly cut the power consumption for a house, as well of course as offering structural integrity in earthquakes and for building upwards.

If you’re going to have concrete, then you need glass as well—and double glazed windows need to become standard for all parts of Japan from northern Kyushu northwards. Again, Japan has an ample supply of glass and is home to the world’s leading glass companies. They are proficient at making strengthened product that looks good, lasts forever, and can withstand medium-strength earthquakes. I find it strange why the product costs so much.

One of the biggest problems of Japanese houses constructed over the last 30 years is the fact that they are made of lightweight synthetic materials and low-quality timber. Basically, they are constructed for convenience rather than thermal design. In winter, the walls sweat with condensation and the wallpaper goes moldy. In the summer, the rooms become humid boxes with poor ventilation, and the occupants have to resort to all-day air conditioning or going out to a comfortable shopping mall.

It amazes me that such an advanced nation as Japan hasn’t made greater use of insulation and made double-glazed windows, or that apartment builders are still making concrete floor slabs that extend to the outside of the building and conduct heat and cold into the building. This is starting to change, but it seems that government regulation forcing the speed of such change is in order. The nation’s biggest box builders: Sekisui and the others, make good money churning out the same designs they have done for several decades and they are not about to change unless forced to do so.

Size is another issue. There are about 1.15 million dwellings a year constructed in Japan, and the average size is around 30 tsubo (100 square meters), about half that of the U.S. (although closer to the UK). Small rooms and low ceilings have less air and less circulation and react more quickly to the presence of a breathing person inside, or to heat outside. Small dwellings also can’t accommodate growing families.

While the shortage of land is hard to circumvent, local government rules restrict the height of buildings to 8-10 meters in many parts of Tokyo (other than main roads) and thus people are forced to build and live in rabbit hutches that match the footprint of the land underneath.

The technology is here to make safe 3-5 story timber houses, and of course there is concrete, but the authorities are more concerned about sunlight for the neighbors’ garden. Of course, no one wants to be next to a towering edifice, but you have to wonder what is more important: a decent amount of room and height, and a healthy living environment, or getting 8 hours sunlight on the bottom floor. I think the reality of city living needs to be recognized and height restrictions moved up by at least one floor. This would immediately give home builders 25% more space in which to grow a family or lifestyle. Given that the population is no longer growing, this one area of deregulation might make a huge difference
to the desirability of staying at home.

Lack of a Maintenance Culture

Another major contributor to the premature deterioration of homes is the lack of a maintenance culture in Japan. Most men are at work until late, sleep on the weekends, and take few holidays. This fact, coupled with builders’ penchant to offer a “cradle to grave” service on their standard house designs, means that home owners seldom take personal responsibility for maintaining their own dwellings. Timber homes overseas also fall down if they are not painted, leaks are not filled, and rotting timber replaced on a regular basis. A quick bicycle ride around Tokyo suburbs reveals an astounding number of homes with loose roofing, leaking walls and unpainted surfaces suffering from the weather. It not only looks ugly, it virtually guarantees the home is going to fall down within 25 years, if not pulled down first. And in an earthquake—well forget about it.

I assume that the status quo has remained because citizens are obedient, and building your own home and maintaining it is so inconvenient. Thus, there is little incentive to make a structure last longer. Indeed, most people I know are not home (well, apart from the housewives) that much anyway. For most, “home” is a small space that is comfortable for a single person in the evenings, but not a space to actually “live” there for extended periods. There is little room to cook, to store food and furniture, to do hobbies, or exercise in private, or do other quality of life activities that bind someone to their home. And for growing families, cramped quarters are a recipe for stress, so it is no wonder that the kids and Dad are typically out.

What I am saying here is that while the objective of making more permanent homes is a good goal, practically speaking, there are many impediments which are beyond the minor tinkering of regulations that the government is considering. Instead, the LDP should launch a proper study on the issue and take some major decisions that will make a true difference. For example, instead of lowering building taxes for five years, homeowners should be able to deduct home loan interest from their other income (negative gearing). This would have an immediate effect on people’s willingness to take on bigger home loans and to spend more building high-quality buildings.

Likewise, the government needs to lean on the major home building firms and require them to meet more stringent standards. It is a fact that Japanese are unused to building their own homes, and so with more than half the nation’s houses being churned out by factories, this is an obvious place to start applying regulatory change.

Terrie Lloyd writes a weekly newsletter for entrepreneurs and business people about business and political opportunities in Japan. You can find the newsletter at www.japaninc.com. For further contact with Terrie, email him at terrie.lloyd@japaninc.com.
Publicat per El Gran Barrufet a 2:01 p. m. 3 comentaris: 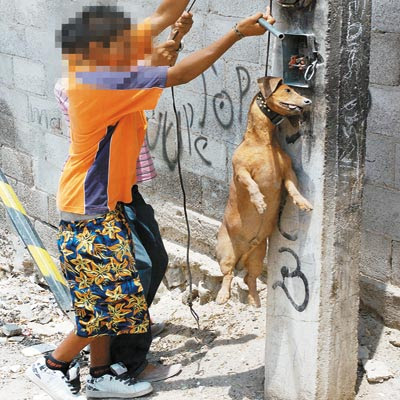 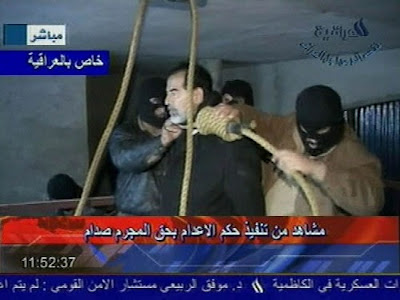 Look on the bright side of life, Barrufets!
Publicat per El Gran Barrufet a 11:07 a. m. 2 comentaris: 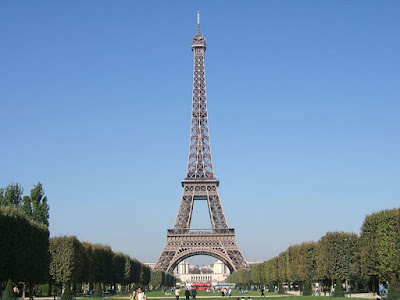 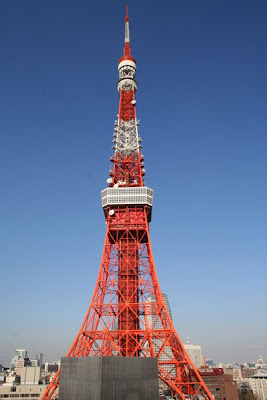 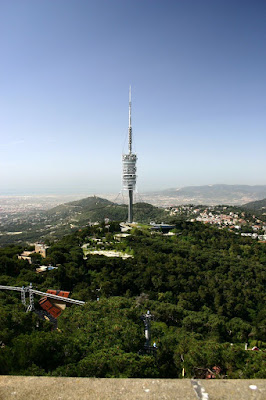 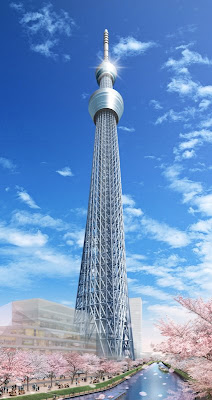 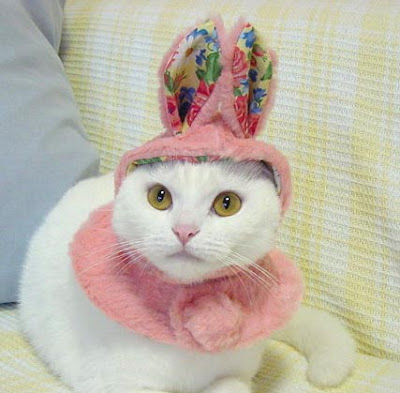 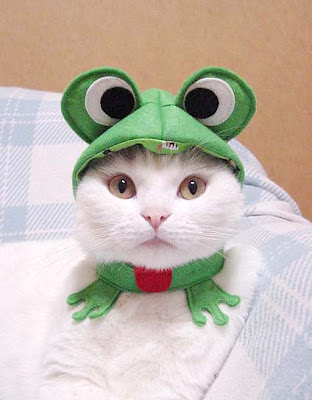 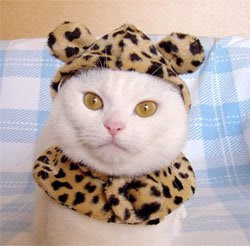 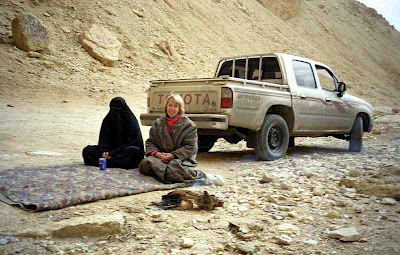 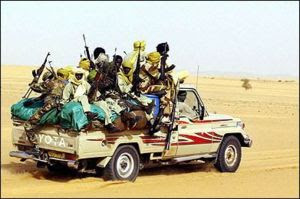 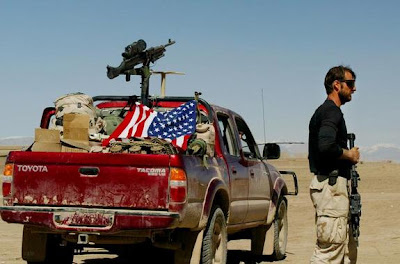 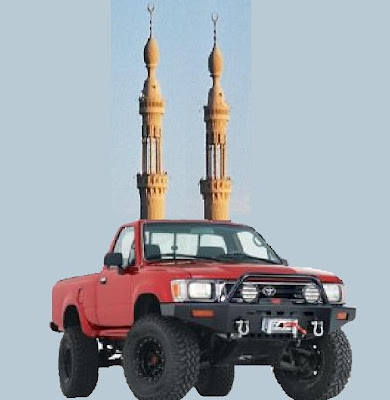 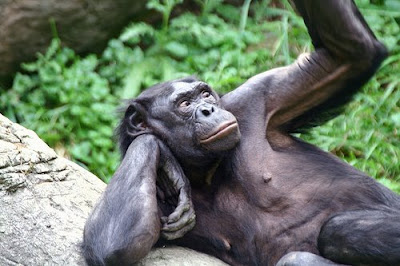 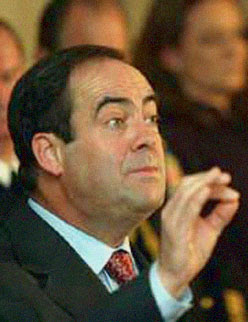 El Gran Barrufet
The Great Smurf has come back to Smurf Village after a long time spent in a very far place on the other end side of the world named Penguin Village, but still looks at the world with his usual sidelong glance!